This is our fourth trip to Asia, and third with Let’s Start Talking. There are certain things that we are accustomed to that might be news to someone who hasn’t lived in Southeast Asia.

Any retail transaction is slower than in the U.S. For example, I bought a cheap ring at a local department store, Jusco. I handed it to the clerk, who hand-wrote a sales slip. Then I had to take it across the store to the cashier, who took my money and gave me a computer-generated receipt. I took it back to the salesclerk, who took my purchase out of a drawer, wrapped it in tissue paper, bagged it, and gave it to me. Not the quick transaction I anticipated, since I was paying cash.

Friday we went to First World Hotel at Genting Highlands, http://www.rwgenting.com/, which is the world’s largest hotel—6118 rooms at an altitude of 6118 feet. When we arrived, we had to stand in line for a ticket so we would be called to register. The digital numbers showing then were 189, 190, etc. Our was 4013. Not encouraging! But after about 35 minutes, the numbers jumped to the four thousands and eventually we got a room. EVERYWHERE requires your passport number. The clerk asked if we wanted connecting rooms and of course we thought that was great. When we got to our 18th floor rooms, we found that even though the numbers were consecutive, there was a large section of doors to machine rooms between our two rooms. Never have two consecutive room numbers been so far apart! 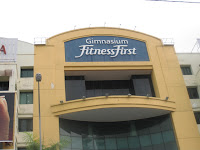 For one who compulsively reads every sign I pass, Asian signage can be frustrating. In Thailand, I got used to not being able to read anything at all; here there are certain Malay words that are similar to English, and that part is entertaining. The rest is just frustrating.

Saturday, however, I used my ignorance of the language to my advantage. Josh and I went to buy bus tickets to ride home from Genting Highlands. He got in the long line and I was in the short one. I noticed that KL was only listed above the window for his line, but I was hoping my window would serve KL also, since all the people were sitting together behind the ticket windows.

At the window, I asked for six tickets to Kuala Lumpur at 12:30. The lady there said I had to get in the other line to get KL tickets. I said, “I am sorry, I did not know.”

She pointed to a sign posted in the next window. Fortunately for me, it was all in Malay. I said, “I am sorry, but I only speak English. I cannot read the sign. Can you please sell me the tickets here? The line is long and I have already waited a long time.” I tried to look helpless and must have succeeded because she said, “Which time? Six people?”

Gratefully, I agreed, and she reached over to the other person and typed in the info to print out our tickets. So she might think Americans are rather stupid, but surely she knows that we are grateful since I kept thanking her profusely.

Finally Josh and I could leave those 14 people still in line in front of him, grateful that we got our tickets to return to KL. Unlike the US, both bus tickets and movie tickets are for assigned seats, so getting seats together was essential to us, and it worked out very well. (Especially for Gina, Steve, and me. Josh was the one sitting with Knox when the hairpin curves prompted him to throw up!) 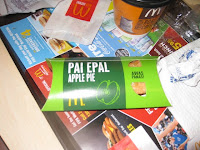