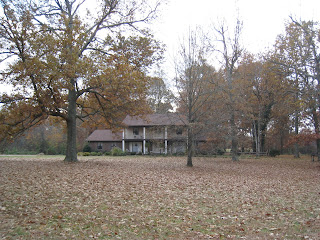 In the summer of 1970, my parents and I walked their 50-acre farm, looking for a good building site for their dream house. We settled on building in a low-lying area rather than on a rise. They wanted cozy more than majestic, and it worked out well.

They finished building in the summer of 1972, the summer our first child, Joshua, was born. Mother had dithered quite a bit about a name for their place, and once she adjusted to Josh’s name (“Why would you give him an old man’s name?” was her quick response on hearing of the birth of her first grandchild), she knew what to name her home.

In Joshua 10, the story of Joshua’s commanding the sun to stand still so they could finish defeating the Amorites had always been one of Mother’s favorites. Mother’s paraphrase of her beloved King James Version sounded more like today’s NIV: “On the day the LORD gave the Amorites over to Israel, Joshua said to the LORD in the presence of Israel: ‘Sun, stand still over Gibeon, and you, moon, over the Valley of Ajalon.’ So the sun stood still, and the moon stopped, till the nation avenged itself on its enemies…. The sun stopped in the middle of the sky and delayed going down about a full day. There has never been a day like it before or since, a day when the LORD listened to a human being. Surely the LORD was fighting for Israel!”
So she named her home Ajalon Acres, and her father was quick to make the interpretation, in case anyone had missed it: “Since Joshua is her first grandchild, he will surely always be able to get his grandparents to stop whatever they are doing to accede to his wishes!”

So we were all grown and gone by then, but she constantly had new audiences, from relatives to paying B & B guests, to listen to the story of why her farm was named Ajalon Acres.