V. Christian Rehabam likes to be called simply “Rehabam.” No Reverend, or Pastor, or even Brother for him. He is a simple man.

His life centers around sharing Jesus with others. When he visited us in October, he had many faith-filled stories to share.

We first met him because we visited the Alvaton Church of Christ near Bowling Green, Kentucky, while traveling. That Sunday, we heard a message from our friend David Dymacek about Christian Rehabam. He told of this man who travels in his Jeep all the back roads within 100 miles of his home in Rajahmundry, Andhra, India, preaching the gospel. Many of the villages have no buildings—only huts. When he arrives, he sets up a tent and uses a megaphone to speak to the villagers. Yes, an old-fashioned, hand-held megaphone. He can’t depend on access to electricity, though sometimes it is available. 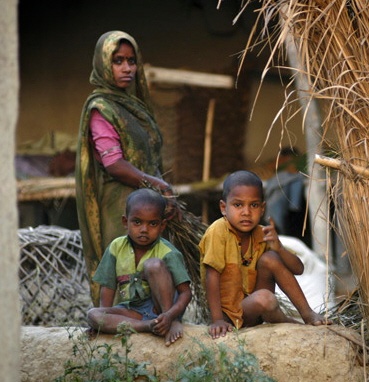 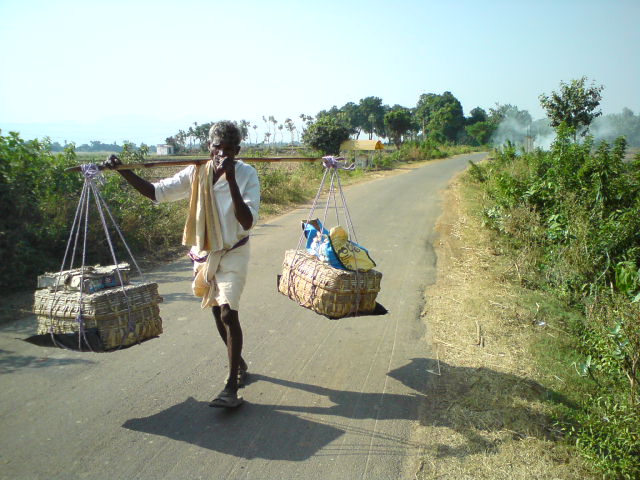 He preaches about Jesus, and people listen. And people obey. He will preach there for several days and baptize many who believe. He chooses a man especially interested and quick to learn to be their leader and preacher there. Then he moves on to another village. In this way, Rehabam has started over 400 churches in India!

He tries to get U. S. sponsors to build church buildings in the villages with new converts. Often the simple concrete-block building is the only such structure in the village and serves as a community center as well as a house of worship.

Back at home, he does not rest. Each month he hosts a Preachers’ Lectureship for the native converts he recruited to lead the new congregations. They study with him and then return to their villages to share what they learned. His three sons are part of his ministry and they all work with technology, printing, and distributing food and supplies. They serve widows, orphans, and new converts. Here is an excerpt from his most recent newsletter, which his 14-year-old son puts together:

We had an excellent Preachers Lectureship with 225 Preachers. And we decided to study the Book of Acts in 2017. We studied the wonderful work of the Holy Spirit on the day of Pentecost. This study is very useful and effective to all the preachers.

100 Clothes were given to the Children in the God’s Grace Children Home. We are planning to give 200 clothes to the widows in ten congregations. Each dress costs $ 10.00,  200 clothes to 200 preachers each  dress costs $10.00.  And also give Bed Sheets to the Lepers.  And planning to purchase 100 Holy Bibles and print 2000 song books. Printed 3000 song book sheets to be used in various occasions like street meetings, family devotions and for small gatherings. Three Gospel Meetings were held at 3 new places and 300 food packets were distributed, 500 received medicine. Looking for the Land to build another Church Building.

We express our profound gratitude to all the sponsors for your continued contributions.  Please continue to remember me and my ministries in India in your prayers. Thanking you.

We are constantly humbled by the work he and his family do for the Lord. Much of his support comes from the United States, so we were interested in how he got connected with so many churches in Kentucky.

It seems that about 36 years ago, he saw ads for flying from New York to anywhere in the U. S. for $99. He thought this would work well because he has supporters in Tucson and could fly there. He could visit and give a report.

Every time he traveled he too with him extra money, around $500 but never used it. So he decided $120 was enough to take. He flew to New York with about $121 in his pocket. He went to the ticket counter and asked for a ticket to Tucson. The woman told him it would be $499. He told her about the ad, but that special promotion was over. So he asked for a ticket to Nashville, Tennessee. $399. Also too much.

When he arrived in Bowling Green, he found a phone booth and directory and called David Dymacek (Di-MAH-chek, in case you’re wondering). David immediately went to pick him up at the bus station.

When they arrived at the Dymacek home, Rehabam was shocked to see a room full of men. It so happened that David was hosting a meeting of all the preachers in the surrounding area. David asked Rehabam to speak and tell them about his ministry in India. Rehabam has no trouble doing that! When he was finished, David asked if any of the preachers would like for him to speak to their churches, and every single one did. So for two months, Rehabam traveled from church to church telling about his work for the gospel. Every congregation wanted to help sponsor him! Now when he returns, he goes to each place to report. 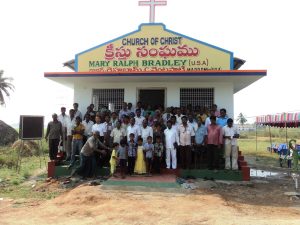 After our Sunday morning at the Alvaton church, we met Rehabam at the Florence, Kentucky, church and talked to him about his work. We found him to be an incredibly humble and appreciative man. So we used some of the money from my mother’s death to help build a church building for one of those villages—Brahmana Gudem. It is a village more developed than some in India, but still very basic.

We are honored to be a part of this ministry and were so pleased when he visited our home in October. He came to Northern Kentucky, trusting that the Lord would provide for his needs and he did. The place the Florence members had intended for him to stay didn’t work out, so they put him in a hotel. I picked him up the next morning and he stayed with us Thursday through Sunday.

On Saturday, we took him to a Cincinnati Reds baseball game. When he was a boy, some visiting Americans taught him to play, but he’d never actually seen a professional game. He was quite pleased to go, but since it was late September, the weather was a bit cool. Since the average temperature in his part of India is around 110°, he was very cold. We enjoyed the 70s, and we were amused that he would take off his gloves to eat peanuts, then put them back on for a few minutes until he was ready for more peanuts.

His visit was quite inspiring, especially when we found out he was 70 years old. As we put him on the Greyhound bus to return to Nashville to give more reports, we marvelled at his faith in “the providence of God.” We were glad to be the hands and feet (and car) of God to house him and send him on his journey, still spreading the Word wherever he goes.

For I am not ashamed of the gospel, because it is the power of God that brings salvation to everyone who believes: first to the Jew, then to the Gentile [to the American, and to the Indian.]   Romans 1:16